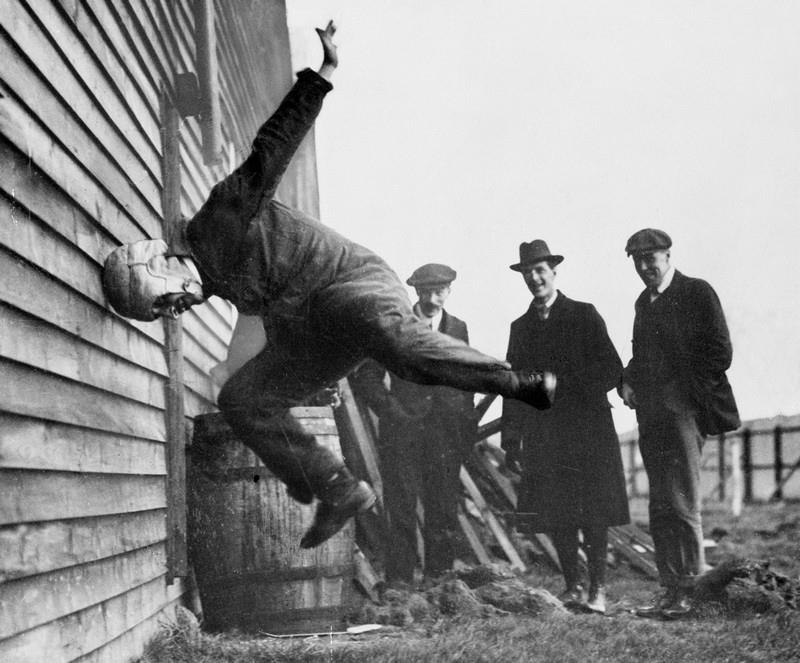 THAT’S MY PET NAME for the newly-arrived Mac OS X 10.11 (aka “El Capitan”), given how one is virtually bludgeoned into upgrading with incessant App Store notifications. Even as cautious an early adopter as I took the plunge the day 10.11 was released, but only because 1) I was curious to test Apple’s assessment of this upgrade being a straightforward “tune-up” and unlikely to cause any serious heartache for those choosing to live on the bleeding edge of Mac OSs, and 2) I was fully Time-Machined in the event of disaster.

To my surprise, life after Yosemite has been markedly uneventful, to the point where I’ve had to set my desktop to the default El Capitan image to remind me that I’m no longer working in Yosemite. Then again, the new features are so underwhelming this time around that your everyday computing experience will be little changed; the most compelling new feature could be the ability to locate a “lost” cursor by shaking your mouse to temporarily enlarge the pointer. Seriously.

Yes, the Notes app has been upgraded with to-do lists and the ability to attach an image or link, and Safari now has pinned tabs, although its implementation is somewhat flawed when compared to the Chrome browser, which has had this feature for ages (in computer terms, anyway). Beyond that, toss in some increased performance and stability, a few Spotlight improvements and the ability to sort albums in Photos by something other than the title of the image, and that pretty much covers it.

NOW WE KNOW why Apple kept virtually mum about El Capitan at their September 9 event. Fact is, I had planned on devoting a lot of keystrokes to the OS X 10.11 experience, but I think that about covers it. Other than, of course, whether you should take the plunge yourself at this point.

Here’s my advice, for what it’s worth. If you have not already done so, wait for OS X 10.11.1, which should be arriving in a month or so. That will give Microsoft and Apple time to work out the Office 2011/2016 crashing issues, in particular with the Outlook mail app (which hopefully none of you are forced to use), and address the most egregious bugs that a few users have reported.

Now, on to more compelling stuff:

Only a few feathers short (for now)

There’s no danger anyone’s going to make a verb out of using it (“just DuckDuckGo it”?), but even Google might be more than a little concerned about the upstart search engine DuckDuckGo, The Search Engine That Doesn’t Track You, as its landing page proclaims proudly.

Right from the get-go, DDG was on a mission to not profile its users, and prides itself on not altering its search results based on what it knows about the searcher, practices in which Google has been actively engaged since at least 2009.

DuckDuckGo uses data from Wikipedia and from other search engines like Yahoo! and Bing (with their consent), so it’s not as thorough or accurate as Google, and lacks some of the higher-end features like the search giant’s Knowledge Graph, currency conversions and other calculations, flight info, etc. It can, however, perform a few nifty tricks that Google can’t.

But the real lure of DDG is that it provides uniform results to all; in fact, that’s all it can do because it doesn’t track your browsing history, and therefore has nothing to go on when it comes to custom-tailoring your search results. Should you find yourself so inclined to Google “how can I stop Google from tracking me on the web,” you’ll notice more than a few references to DuckDuckGo.

Thanks to its emphasis on personal privacy, DDG suddenly found itself on a relatively level playing field last year when Apple added DuckDuckGo to Safari (and Mobile Safari) as an optional search engine in September 2014. Mozilla (Firefox) followed suit soon after. Tip: Don’t hold your breath waiting for the Google Chrome browser to add DDG (although a Chrome extension for DuckDuckGo does exist).

Is it worth taking a flyer on this upstart search site? I’ll let you folks decide. On your Mac, go to Safari–>Preferences–>Search to set DuckDuckGo as the default search engine; for your iDevice(s) it’s Settings–>Safari–>Search Engine. Who knows? Maybe you’ll find that Google just isn’t all it’s quacked up to be, and should that be the case, DuckDuckGo might just… fit the bill. 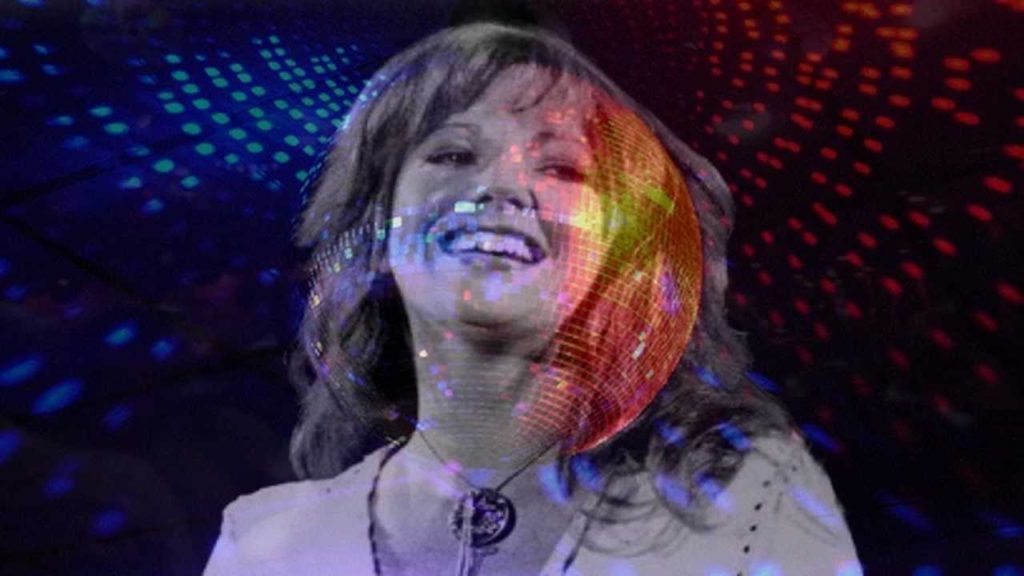 DID ANDREA TRUE’S 1976 disco classic predict Apple’s own October surprise of last week, what with the wizards of Cupertino announcing more, more, more new gizmos only a month after September’s iPhones, iPads, Pencils and Smart Keyboard?

These pricey new peripherals finally(!) do away with the need to keep a stockpile of AAs at the ready, since all three use lithium-ion batteries that reportedly charge fully in just a few hours via a Lightning to USB cable (included), while squeezing about a month of average use from a single charge.

Before you decide to experience all this magic for yourself, you should know all three of these doodads require you to be running the brand spanking new OS X 10.11 El Capitan operating system on your Mac of choice. Furthermore, that Mac must be Bluetooth 4.0 capable (meaning 2012 or newer models, give or take a few months). 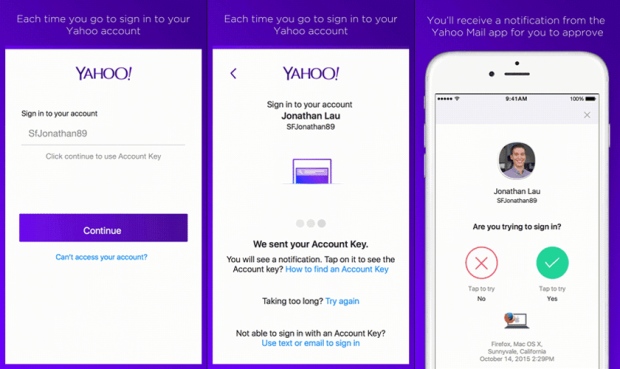 AND NOW, HERE’S some wonderful news for those of us whose “things I really, really hate a lot” lists read something like this:

Assuming your #1-#4 are similar if not identical to mine, Yahoo! is coming to your rescue here, with a radical new authentication option for Yahoo! Mail they call Yahoo! Account Key. I’ll spare you the technological mumbo-jumbo about two-factor authentication and get right down to the nitty gritty: Account Key enables you to log into your Yahoo! email in a Web browser just by receiving a notification on your mobile phone and touching “OK.” No fuss, no muss—and no password!

Is it secure? Yes. Is it easy to set up? Yes. Does it work for anything else besides Yahoo? No. Not yet, anyway. But the hope is that others (Apple, Google, etc.) will soon follow suit. The predecessor of Yahoo Account Key, the aforementioned two-factor authentication (2FA), requires that you enter a password and a temporary PIN code, typically supplied by a notification or SMS (text) message on your cellphone.

YOU CAN USE 2FA right now with your Apple ID, Gmail and a host of other services, but most of us would prefer to make it easier to access our online properties, as opposed to harder—even if setting up and using 2FA does make things quite a bit more secure than passwords alone. And if you don’t have a mobile phone, well, then it’s time to start learning the ins and outs of your password manager of choice.

For more info, check out Glenn Fleishman’s take on Yahoo Account Key at Macworld.com, as well as the official announcement from Yahoo.

NO, I’M NOT REFERRING to that kind of October surprise; we’ll have to wait a year or so to see what may be lying in wait—and for whom—in the weeks leading up to the 2016 presidential election. I’m talking about a very gratifying surprise for me personally, which just happened to occur on October 10 when I completed a 60-mile bike ride from Piscataway to Ortley Beach with relative ease, and with no ill effects.

I’d done this annual “Tour de Shore” ride at least a dozen times since the 1990s, but was forced to place myself firmly within the “maybe next year” category ever since a July surprise of 2011, when a routine blood test showed I had virtually no platelets. That was followed by a diagnosis of acute myeloblastic leukemia one year later, and finally by a Halloween 2012 stem cell transplant.

Due to the aftereffects of the chemo regimens, and the chronic graft vs. host issues that followed the transplant, I had become pretty much resigned to the idea that I should feel blessed merely to be able to make it from the bedroom to the living room without passing out, and set aside even the slightest notion whatsoever of engaging in any long-distance cycling activity.

BUT MODERN MEDICINE seems to have no shortage of miracles these days, and I’m happy to report that since then my overall health and vigor have gradually returned, particularly over the past year, defying my own assumptions that I’d “plateau” at the point where I could perhaps manage a walk around the block, but little more. Cycling, on the other hand, would be an activity heretofore banished to the “things I used to do before the transplant” category.

That’s why completing this year’s ride really did come as a surprise to me, especially given that I truly was not physically capable of completing it only a year ago. This time around, in spite of being a full year older, I felt I could have endured even a few more miles at the end of the ride.

What’s also been surprising to me—though it probably shouldn’t be—is the degree of support and good wishes I’ve received from so many of you since this whole ordeal began. So thanks again to family, friends and all of you out there for your positive thoughts and your encouragement along the way.

It’s been quite a ride.

← Pencil me in An imperfect ten →